Home Behavioral Thoughts The Evolution of Bromance: It’s Not A Gay Thing

Men will be men — that’s for sure. But does cuddling with another guy make you “gay”?

Guess not. If studies are to be believed, straight men do sleep together, and this change forms an integral part of the changing social habits noticed among heterosexual men. 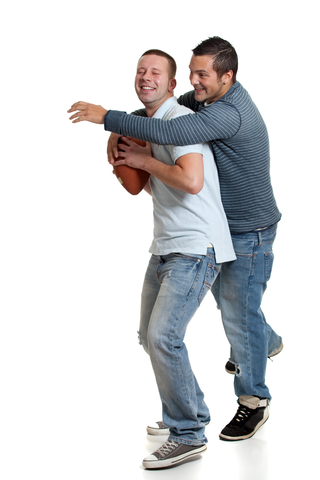 The study was recently published in “Men and Masculinities” which clearly talks about how 98% of college men have shared their bed with another man. If numbers are to be believed, 93% of the men observed in the study have also reported to have spooned or cuddled with another guy during their college days. Pretty shocking, isn’t it?

The Changing Concepts of Manhood

No longer are men stuck in the age old of bonds of stereotyping. Instead, they are breaking the constraints and resurfacing, only to prove that snuggling and cuddling with other men does not make them any different than their peers.

As per sociologists, Mark McCormack and Eric Anderson, of Durham University, the outlook of men towards other men has become softer and more adaptive; thereby paving the way for a newer generation. As the fear of homophobia is decreasing, men are accepting other men with a “softer side” as and when compared to the older generations. Related read: How men are improving their dating game with The Tao Of Badass

As the fear of homophobia is decreasing, men are accepting other men with a “softer side” as and when compared to the older generations.

Basing their study on a group of athletes, Mark and Eric delved deeper in to the study of the human psychology with an intent to figure out how the phenomenon of hugging and cuddling works in men. While this served to be the main food for thought, they also wanted to determine the benefits and the gains men get by shunning the age old myths of homophobia.

If a comparison was to be carried out between the two generations, a stark revelation would come to the fore. While older generations have always considered men hugging and cuddling to be a taboo, the newer generation is finding it more and more acceptable to share their emotions with other men. Related read: Dating guru reveals badass tips to attract women

Terming the new relationship as ‘bromance’, Matt, one of the subjects in the study, duly noted that he and Connor are extremely close to each other. Matt remarked how often he cuddles with Connor, his best mate, when they are lying on the bed. Matt even remarked how often he rests his head on Connor’s shoulder when they are sitting together on the couch. Does this make them ‘gay’? Guess not, people!!!

While older generations have always considered men hugging and cuddling to be a taboo, the newer generation is finding it more and more acceptable to share their emotions with other men.

Earlier men who liked the company of other men (not sexually), did not come out in the open with a fear to be earmarked as homosexual. But given the paradigm shift in the thoughts and behavior of the newer generation, men are becoming more receptive towards their peers and are looking at venting out their emotions with each other as compared to the older generations.

The Changing Face of Bromance

Straight men will remain straight men, even if they cuddle and sleep, or share each other’s woes. As homophobia goes out of the window, many people are investing in the concept of being human, and appreciating the bonding with each other. Just because you’re a man, who likes the company of other men, will not make you ‘gay’. So enjoy your ‘bromance’ and let the brotherhood stay on for generations to come.

How about you? Would you cuddle up with your bro friend?

4 thoughts on “The Evolution of Bromance: It’s Not A Gay Thing” 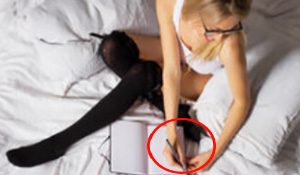 Ladies: Here's One Wierd Tip To Make Any Man Crazy About You

Ladies: Here’s One Wierd Tip To Make Any Man Crazy About You